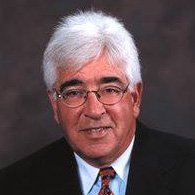 “The management of today’s dental practice is multifaceted and complex. Unfortunately, most dental schools do not provide doctors with the necessary business training – training which is just as important to your success as clinical experience.” - Mayer A. Levitt DMD, FAGD

Creating A Break-Even Budget For 2010

Every October I go through the very important exercise of establishing budgets for the upcoming calendar year with all of my consulting clients. We actually create two separate budgets based on collections. One is called the break-even budget; the other is called the growth budget. Budgets provide a comfort level for your practice when done carefully and unemotionally.

A budget evaluates expected revenue and compares that to anticipated expenses. I used to sit on the executive board of a prominent repertory company that – like most art institutions – was always struggling. One of the board members was the CEO of a large public company, and as a successful businessman, he was dismayed at the way this theater group would traditionally budget on a hope and a prayer and continually run deficits when revenue did not match expectations. “You can’t control your income,” he would say, “but you can – to a great degree – control your expenses.” That is a principle that I learned from him that always influenced the way I thought about my own dental practice, and is now part of my core philosophy for my dentist clients.

Break-even budgeting is based on the worst-case scenario. So the break-even budget for 2010 will be based on 2009 expected revenue. In other words, you will collect the same revenue in 2010 as in 2009 by doing the same amount of procedures – the same number of prophies, crowns, implants, etc. When I am coaching a practice, collecting the same amount of dollars in the upcoming year as they did in the previous year is considered the worst-case scenario. That assumption got challenged a bit in 2009 with the severe national recession, but almost all of my clients did at least equal or exceed 2008 revenue. Everyone joked that in 2009, flat was the new up!

The first step in the budgeting process is to identify which expenses in 2010 will be increased over the prior year. The three most significant expense categories are staff salaries, new technology (toys), and a raise for the doctor. For purposes of discussion, let’s say that those anticipated increases total $45K. My question to the doctor is this: If you have a flat year with no growth, and your revenue is the same as the prior year (worst-case scenario), where will you get the $45K cash to cover your increased expenses?

The answer is in fee increases. I encourage my clients to raise fees every year, not by some set percentage but instead by the amount of cash they need to raise to cover the increased expenses. If you don’t do this, you will be in deep trouble, and the dollars for those expenses can come from only one source – and that source is your paycheck.

Print out a production by procedure code for the first nine months of 2009. Take your 30 most performed procedures and rank by frequency (not dollars generated). Annualize the frequency (divide by 9 and multiply by 12). If you need to raise $45K cash, you will need to raise production fees by $55- to $60K. That is because most practices are insurance-dependent to a large degree and will have insurance write-offs. So raising your fees by $60K will not generate $60K cash; it will generate $45K cash.

So if you do 1,500 adult prophies per year, and you raise the fee for that procedure by $5, in a flat year (same amount of procedures as the prior year), you will raise production by $7,500. If you do 300 crowns and raise the fee by $100, you will get $30K of increased production. Go through this exercise with the 30 procedures and do whatever it takes to raise the amount of dollars you need to balance your budget. If you can in fact successfully raise your fees to the desired amount, and if you have a flat year with no growth, you will have achieved a balanced budget. You will be able to pay for the increased expenses, including that raise for yourself, and still maintain your current level of profitability.

My point is that whatever your crown fee, the patient thinks it is a lot of money. That patient does not have crowns done every day – only very occasionally. If you have user-friendly payment options in place, the fee won’t make the difference between doing the case or not doing the case.

In summary, the break-even collection goal for 2010 will be the sum of 2009 collections plus the cash generated by the fee increases. Next month I will discuss how to create a growth budget for 2010. That is when we take out the crystal ball and make reasonable assumptions based on sound strategies that we hope to implement.

Dr. Levitt has been a great friend of The Madow Group for many years, and is one of the best resources for practice management efficiency tips in dentistry. He is the president of Jodena Consulting, offering personalized advice for business and practice management since 1989.

Dr. Levitt also trains successful dentists who are at, or near the end of their clinical careers to become consultants in their area of the country. For more information, call him at (401) 421-3615, email him at jodena@cox.net.